French Ambassador Florence Jeanblanc-Risler was in the Cook Islands on March 22-25. This official visit, accompanying the Governor-General of New Zealand, included meetings with local representatives and French community members, and the inauguration of a WWI memorial.

While in the Cook Islands, the Ambassador met with New Zealand High Commissioner, Peter Marshall, the Minister of Finance, Mark Brown, and the Queen’s Representative, Tom Marsters. 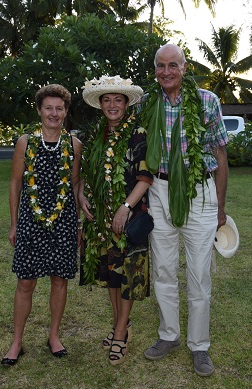 The Ambassador spent time with members of the Cook Islands’ French community.

On her visit, the Ambassador also attended, alongside Governor-General of New Zealand Dame Patsy Reddy, the inauguration of a WWI commemorative sculpture in Rarotonga. 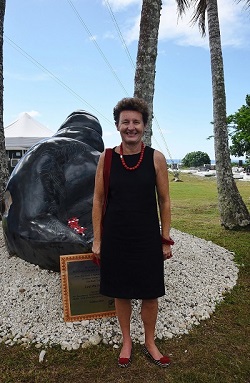 This Memorial is a tribute to the 500 soldiers who joined the NZ forces in WW1 and fought in Arras (France).

On April 8-9, the French Ambassador will attend the Arras centennial alongside several descendants of the 500 Cook Islands soldiers who joined New Zealand forces fighting and digging tunnels on the Western front during WW1. 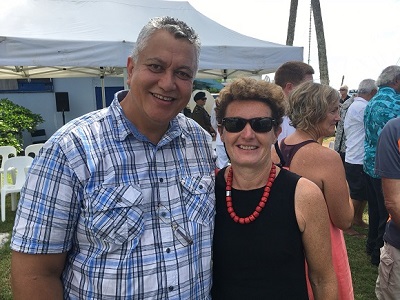