The French language and francophone cultures in all their diversity

Each year in March, lovers of the French language celebrate, across the five continents, the cultural and linguistic richness and diversity of la Francophonie.

La F/francophonie is very diverse. Francophones, who share French as either their mother tongue or as a second language, live across the five continents. Each year on 20 March, they all get together and share their passion for la F/francophonie. This date refers to the launch of the Agence de coopération culturelle et technique [Agency of Cultural and Technical Cooperation], created on that day in 1970 in Niamey (Niger), which is now the OIF. 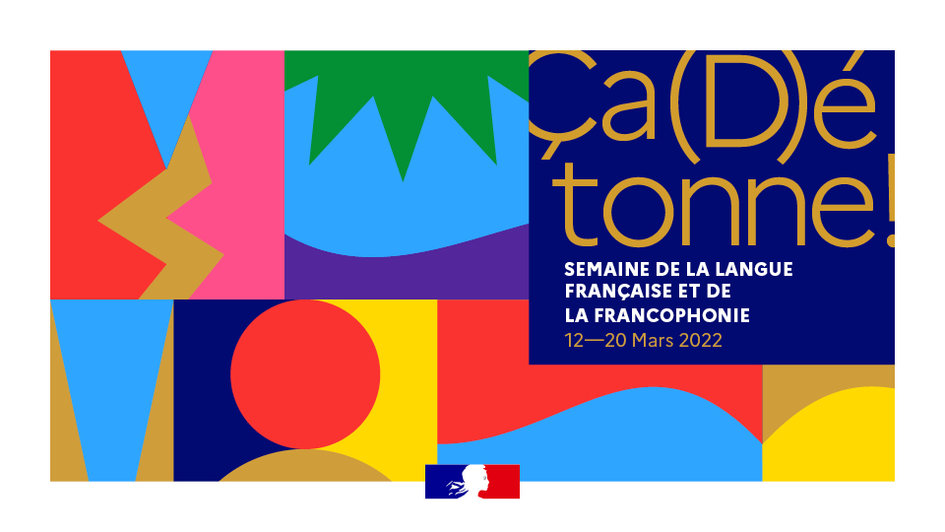 This film tells the story of a young woman living in Noumea, far from her tribe and her family in the North of the country. When running water is cut off in the slum where she lives ("squat"), the community must find a solution to pay the bill. They decide to organise a Bingo. Classification: PG (coarse language). Facilitated by the Government of New Caledonia, Official representative of New Caledonia to New Zealand.

As a married but childless woman, Aïcha finds herself in a situation that is totally ‘out of the ordinary’ in her country. But just like everywhere else in the world today, Niger experiences problems with infertility. Based on her personal story, Aïcha Macky explores the private suffering of women in her situation with great sensitivity, speaking openly as a childless woman amongst mothers. Classification: PG (containing material more suited for mature audiences). Facilitated by the Embassy of France in New Zealand.

In the beginning of Spring 1970, the small village of Monchoux in Valais is experiencing unusual agitation. Is it because of the vote on the women’s right to vote? Or because of the upcoming referendum on the expulsion of foreigners? No, it’s worse: the village brass band has imploded! Half of the village will say it is Aloy’s fault, the other half will respond that it is Pierre’s. The dissent will be political, musical and amorous. Classified 8 (12) in Switzerland. Facilitated by the Embassy of Switzerland in New Zealand.

Mắt biếc, or Dreamy Eyes, is a poetic portrayal of childhood, and a love that spans through decades. The film tells the story of Ngan and Ha Lan, childhood friends from a village name Dodo, following them through the different stages of their lives. From children to adolescents to adults, the film is a coming-of-age film that portrays both the romanticised notion of childhood, and the harsh realities of adulthood. With exquisite tenderness, Dreamy Eyes begins with images that are bathed in golden light, each picture-perfect scene viewed through the lens of childlike wonder. Classification: PG. Facilitated by the Embassy of the Socialist Republic of Viet Nam in New Zealand

During Dubai World Expo, the OIF invites all francophones to record themselves saying an idiom, in French, illustrating one of the following 3 themes: motivation, sharing, wisdom. All the voices will then be mixed by a famous French-speaking DJ to create a sound on the occasion of the International Day of La Francophonie on 20 March 2022. Take part in this experience: https://expodubai.francophonie.org/en

With the participation of the High Commission of Canada in New Zealand, the Embassy of the Arab Republic of Egypt in New Zealand.

The Alliances Françaises of New Zealand, passionate about the French language and the francophone cultures, have put together a series of cultural events : movie screenings, cooking classes, exhibitions, yoga classes and more. 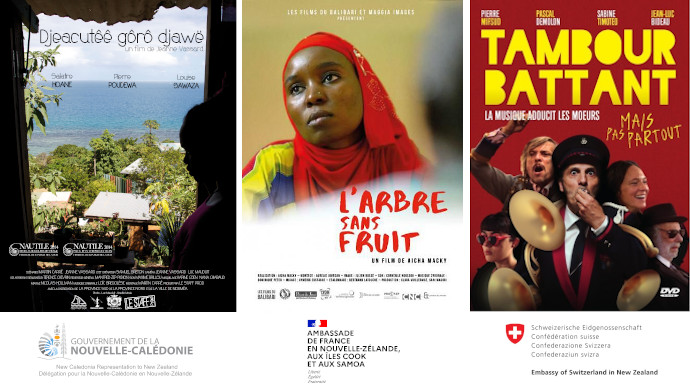 Papicha by Mounia Meddour (Algeria) Available in Christchurch, Palmerston North, Nelson Algiers, 1990s. Nedjma, an 18 year-old student passionate about fashion design refuses to let the tragic events of the Algerian Civil War to keep her from experiencing a normal life and going out at night with her friend Wassila. As the social climate becomes more conservative, she rejects the new bans set by the radicals and decides to fight for her freedom and independence by putting up a fashion show.

Arab Blues by Manele Labidi (Tunisia) Available in Hamilton, Christchurch, Palmerston North, Nelson After 10 years of living in Paris, Selma has returned to Tunis. Back home, her younger cousin can’t figure out why she’d leave the French capital, her aunt is overbearing, and her uncle is only giving her a matter of weeks to crash in the apartment above their house. Selma, nonetheless, is steadfast in her resolve: she wants to open up a psychotherapy practice.

System K by Renaud Barret (Democratic Republic of Congo) Available in Palmerston North Kinshasa, Democratic Republic of Congo, 2017. In the urban jungle counting over 13 million inhabitants, amid social and political chaos, an eclectic and bubbling street art scene is emerging. Underground visual artists, musicians and performers create out of nothing, using recycled objects and their own bodies to express their anger, but also their dreams for change.

Minga and the Broken Spoon by Claye Edou (Cameroon) Available in Christchurch, Palmerston North, Wellington, Nelson Minga is an orphaned girl living with her stepmother Mami Kaba and her stepsister Abena. One day, when she washes the dishes in the river, she accidentally brakes a spoon. A furious Mami Kaba chases her away from the house, asking her to find the only identical spoon hidden by her late mother. An adventurous journey then begins for Minga in the forest.

Le Brio by Yvan Attal (France) Available in Auckland, Palmerston North Neïla Salah grew up in Créteil and dreams of becoming a lawyer. She now attends the prestigious Assas University in Paris. After an incident, Pierre Mazard, a brilliant professor known for his outbursts, is forced to mentor Neïla whom he wronged for a speech contest.

Miss by Ruben Alves (France) Available in Wellington Alex is a gracious 9-year-old who dreams of winning Miss France. 15 years later, Alex has lost his parents, his confidence and is stuck in monotonous life. When he bumps into a childhood friend who has since become a boxing champion, Alex tells himself that perhaps everything is possible. Supported by his chosen family, he decides to take part in the beauty pageant.

Sink or Swim by Gilles Lellouche (France) Available in Palmerston North, Nelson, Motueka A group of men in their 40s, all on the verge of a mid-life crisis, put together their pool’s first all-male synchronized swimming team coached by Delphine, a former discipline champion.

Notre Dame by Valérie Donzelli (France) Available in Palmerston North Maud Crayon was born in the Vosges and now lives in Paris. She is an architect, mother of 2, and wins the opportunity to refurbish the iconic Notre Dame. Personal and professional issues stand in comical tension as she goes through an emotional storm.