Where is French Polynesia?

The islands of French Polynesia are a selection of volcanic islands and atolls strewn across the eastern South Pacific. This French overseas collectivity has a total land area of 4,167 square kilometres (1,622 sq.mi) scattered over 2,500,000 square kilometres (965,255 sq. mi) of ocean, divided among five archipelagoes: 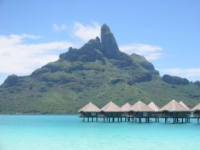 French Polynesia is a collection of 118 islands which covers a vast area of the southeastern Pacific Ocean, just about the size of Europe.

In the time of 1000 B.C. Southeast Asian immmigrants arrived in the Samoan islands and from there they settled the rest of Polynesia.

First sparsely contacts with Europeans began in the early 1700s, intensified with the arrival of English missionaries and traders in the 1830s.

After a few decades of Franco-British competitions, France establishes its protectorate in 1842.

Despite modern influences, Polynesians have preserved the essential elements of their culture and in particular their language - Tahitian being one of the two official languages spoken in French Polynesia, the other being French.

These islands have allured, inspired and enamoured visitors since the time the islands were first discovered.

The lure of these islands is not only due to the hospitable Polynesian people, and their spectacularly beautiful islands; there is real ambiance here - from the warmth of the air, scented heavily with tropical flowers through to fiery romantic sunsets that signal the end of another fabulous Tahitian day.

Although most of today’s visitors arrive by scheduled airline flights - from all over the world - the Tahitian welcome is still very much the same - warm, friendly, and genuine. 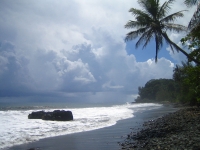